At VormenFabriek we believe in the power of craftsmanship and cooperation. Our committed employees are eager to use their technical expertise to develop and produce high-quality chocolate moulds for you.

Since our establishment in 1921, we have built up many years of experience in designing and manufacturing moulds, particularly for medium-sized companies and multinationals. We work together with a carefully selected network of agents in order to be able to advise and assist our customers worldwide in perfecting their chocolate challenges. They speak your language and help you in any way they can with their broad technical and specialist expertise.

VormenFabriek continues to invest in knowledge, the best plastic materials available and new developments. We are also interested in innovations in your consumer market. This keeps us alert and flexible, and better able to help you turn your requirements into a functionally strong product.

Our company’s engineering department designs your orders with the greatest of care. We are experts in producing quality moulds, and justifiably proud of it! VormenFabriek: Let’s mould your chocolate success!!

In the 1950s, after several relocations within Tilburg and the arrival of Cornelis Johannes Nooteboom in 1952, VormenFabriek becomes a specialist in the production of metal moulds for chocolate.

At the insistence of Nooteboom, Vormenfabriek switches to the production of plastic moulds. In 1972 Nooteboom takes over Van Battum’s shares.

In the early 1990s, the production of metal moulds comes to an end.

Cornelis’s son Rein Nooteboom takes over the business. During these years VormenFabriek invests heavily in production equipment. Moulds are no longer designed by hand, but by computer.

Relocation to the building where VormenFabriek is still located to this day and where there is room for growth with more, new and larger machines.

VormenFabriek introduces Vofalon, a stronger form of polycarbonate that complies with all international food safety regulations.

Introduction of rounded mould construction. This prevents small pieces of plastic from breaking off the corners and edges and potentially contaminating products.

Anders Invest and Gert-Jan Kloppers take over VormenFabriek and a new future beckons for the nearly 100-year-old company! 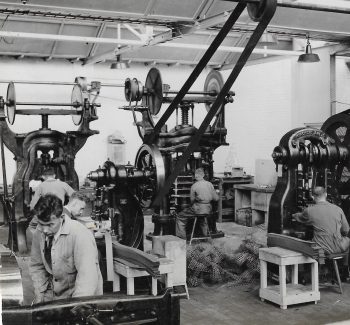 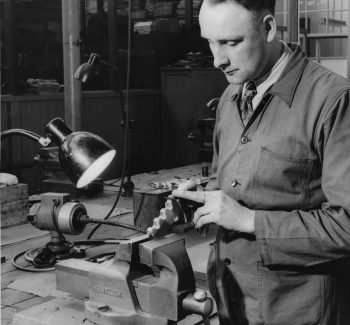